This article was first published February 14, 2010 and has since been revised and updated with new information. Please scroll down for the most recent additions.

Although I have done previous voice cast features here on the blog, I’m introducing it as a series with a fancy-schmancy title — “Voice Cast Cavalcade” — where I will periodically spotlight the voice casts of TV shows, movies, films and video games which I think are worthy of mention.

First up is the Emmy Award-winning PBS series, WordGirl [<– official site link], one of my current favorite animated shows.

Yes, I know it’s a kids’ show. And no, I don’t have any kids. But as a writer I’ve always had a fascination with words and their meanings. I’m also involved in education as an acting coach for kids and teens, and I perform an “edutainment” reading program for children. So if I must justify why I watch WordGirl, there you go.

But I also watch the show because I just love cartoons. And as an animation critic, I can’t say the show’s animation is particularly striking or even outstanding. But that’s not worth criticizing because WordGirl is designed to have a functional, simplistic coloring book/comic book-esque look that’s easy on the eyes and works for the show’s format.

And it’s on PBS so it’s expected that WordGirl‘s focus is education, which it has in spades — it’s geared to help boost reading comprehension and vocabulary.

But quite surprisingly it also entertains…for all ages.

Most studios producing animated educational programming for kids unfortunately share a common problem: they often seem to forget to try making the show entertaining for adults too. (Many parents — good parents — do watch shows with their kids rather than letting the TV serve as a babysitter. I’m an uncle several times over and I love watching kids’ shows with my nieces and nephews because I find it interesting to observe what they react to.)

And because PBS shows are sponsored by companies who want parents to buy their products, I don’t understand why a production company would not attempt to make a kids’ show at least moderately entertaining for adults. Otherwise, the sponsors and advertisers seem more of an afterthought.

WordGirl is one of those rare kids’ shows that seems to have been intentionally crafted to be entertaining for all ages, and with a production studio like Soup2Nuts behind the series…well, that explains a LOT.

Soup2Nuts is the same studio that gave us Science Court, Home Movies and Dr. Katz, Professional Therapist. Home Movies and Dr. Katz — both skewed for adults — have developed a strong adult following through Adult Swim and Comedy Central (respectively). And Science Court was a kids’ show that thanks to clever writing and comedic voice performances had a broad audience appeal.

(And thankfully, WordGirl doesn’t use Soup2Nuts’ trademark “Squigglevision” from any of those series.)

And I’m not the only adult who has noticed WordGirl‘s entertainment value.

Popular animation fan site toonzone.net ranked WordGirl #19 on their Toons of the 2000s: Top 25 Animated Television Series, actually ranking WordGirl higher than such fan favorites as King of the Hill, Teen Titans, South Park and Chowder. Toonzone calls it “one of the smartest shows on television” thanks to the “humorous and fast-paced dialogue,” “unique villains,” “zany…secondary characters,” and the narrator’s commentary which “makes for some of the greatest highlights of the show.”

Toonzone calls it a “nominally…educational program,” and adds that there is “nothing nominal…about its entertainment value.”

PBS and Scholastic also seem deliberate in promoting the show to adults. In 2007, they enlisted PBS’ news anchor Jim Lehrer to do a “mock interview” with WordGirl for a show promo:

But what personally hooked me on the show were the cast performances and guest stars, which helped WordGirl to win the award for “Best Voice Talent” at the inaugural 2010 KidScreen Awards. 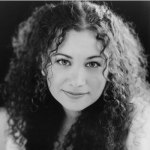 The show’s title character, WordGirl (aka Becky Botsford) is voiced by Dannah Feinglass (also credited as Dannah Phirman) who is also the voice of Penny, Bessie Higgenbottom’s sidekick on Nick’s popular animated series The Mighty B!. Furthermore, Feinglass voices Zaria and Linda the Sheep on Tak and the Power of Juju (also on Nickelodeon), and has voiced characters in the Mass Effect video game series. [FYI: Feinglass has also written episodes of WordGirl and The Mighty B!]

Feinglass is also an alumni of the Los Angeles’ comedy troupe, The Upright Citizens Brigade — which if you browse the Performers page on UCBTheatre.com you’ll discover this is a common connection with several other members of WordGirl’s voice cast: James Adomian, Maria Bamford, Patton Oswalt, Matt Besser, Danielle Schneider, Ron Lynch and Nick Kroll.

WordGirl‘s voice cast is far too lengthy for me to include here in its entirety, so I’ll just list the principals, recurring roles and notable guest stars (note that these are all recurring characters featured in 3 or more episodes).

For the show’s on-air credits, the cast is listed by name only which unfortunately makes it difficult to ID the voices, and I am unable to find an official source with a complete voice cast. The cast lists on IMDb.com and Wikipedia.org are useful but lack 100% accuracy.

I’ve contacted PBS Kids and Scholastic in hopes that they will be able to supply this information for the fans, and will update upon their reply. 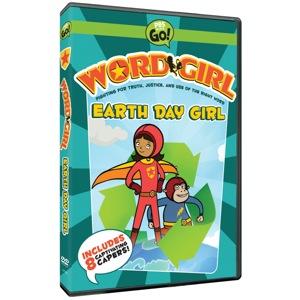 WordGirl: Earth Day Girl includes 8 episodes with bonus content that will both educate and entertain younger viewers, and I believe animation fans will find the show refreshingly entertaining too.

I personally hope it sells extremely well with parents and thus possibly help season box sets to be released in the future…for my future kids, naturally, but for me too.

Update: 5.04.2010 — I’ve given this article a complete overhaul and added images and video clips, and tried finding some other cast interviews via Google search:

– Found a mention on the official site for Ryan Raddatz (series writer and voice of WordGirl’s dad, Mr. Botsford) of a WordGirl live event (held in Los Angeles January 22, 2009) where Raddatz’s mentions that they had just wrapped production on “104 eleven-minute episodes” for WordGirl’s second season. (Barely half of Season 2’s new episodes have aired as of May 2010.)

And in a follow-up post, Raddatz shared several photos of the event featuring the voice cast.

I’m currently writing my last script of season four (episode 155!) and we’ll be in the booth recording all next week. We should hear soon about more seasons….Fingers crossed!

This entry was posted on Sunday, February 14th, 2010 at 5:56 AM and is filed under Reviews, VAs on DVD, VAs on TV, Voice Cast Cavalcade. You can follow any responses to this entry through the RSS 2.0 feed. Both comments and pings are currently closed.